6/10/17 – Craig Overy managed both cooking and running the FunFly on a very windy day on June 10th, 2017. First there was a combined loop/roll, timed-spot landing event, then there was a team touch and go and last but not least, and always a crowd pleaser, the egg drop. The strong south wind made the team touch and go very exciting. The best thing was that all pilots and planes survived! Thank you Craig for a well run event. His tube steaks were some of the best to ever come off the grill at ColRC. Ask him for his special recipe, he might share it with you! 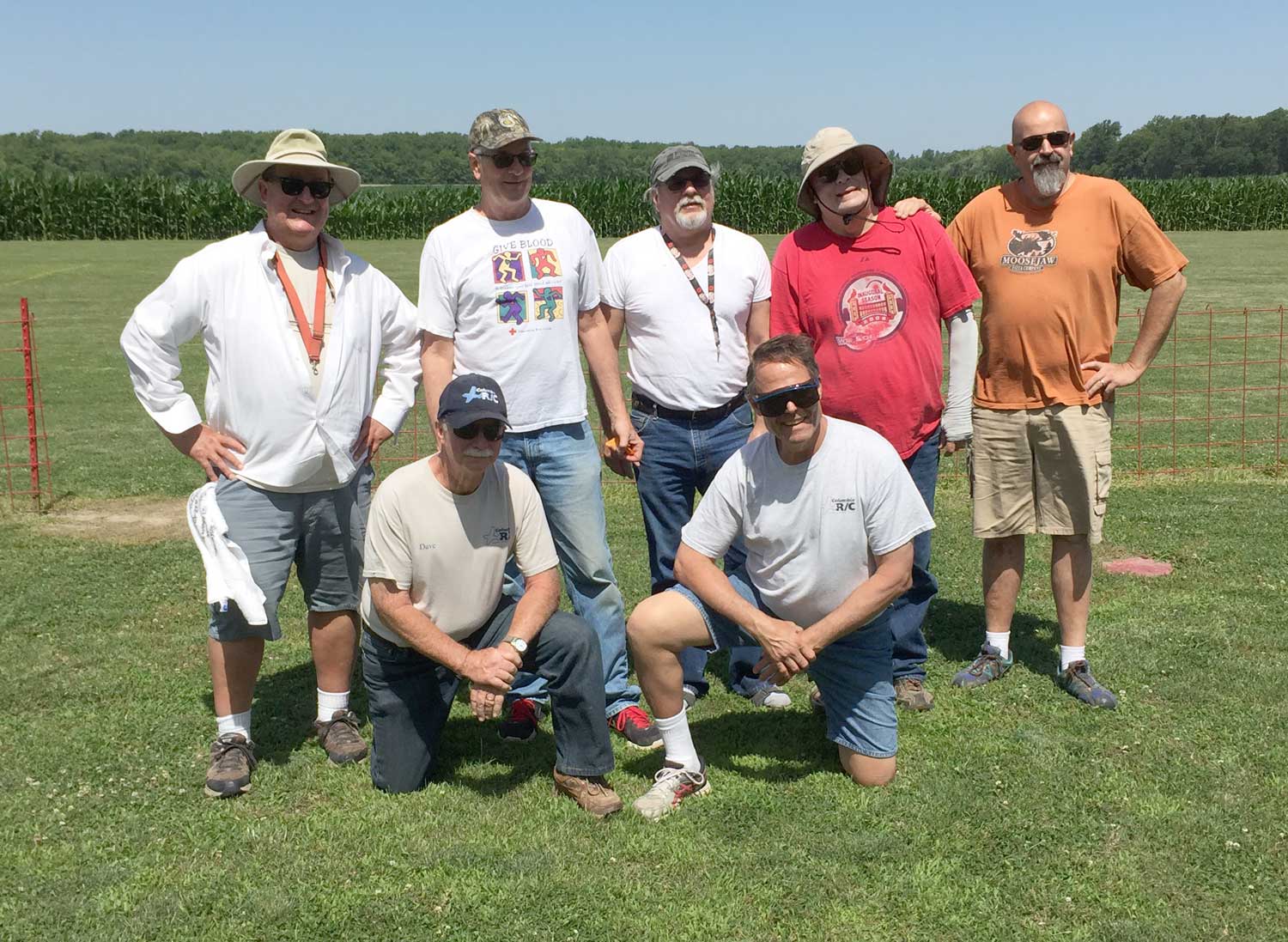 9/9/17 – Craig was contest director again on a hot Sunday with tall threatening corn all around the field. Another smoothly run club event.